Climate change must be discussed, despite all the hate

Last week Neste released a campaign, with the aim to create discussion around different ways to fight climate change and challenge the future government of Finland to set ambitious targets for emission reductions. Neste's campaign challenged a group of influencers and the company's President and CEO to take a polygraph test. 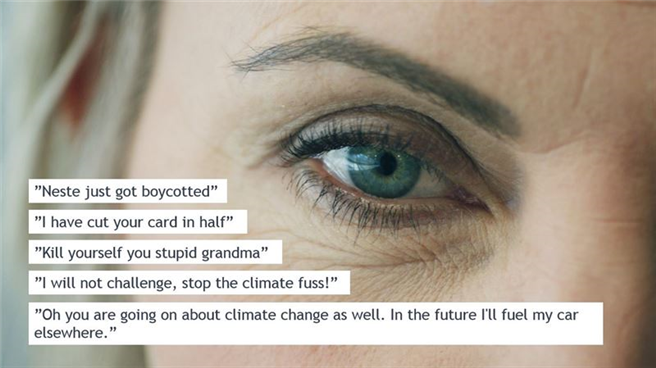 The campaign video attracted hundreds of comments in Neste's social media channels. An exceptionally large amount of these comments were negative. Those commenting got provoked by the climate change discussion, as was made clear by such comments as "I will not challenge, stop the climate fuss!", "Oh you are going on about climate change as well. In the future I'll fuel my car elsewhere" and "I have cut your card in half" or "Neste just got boycotted".
Despite of all this Neste wants to talk about climate change.
"We knew that the topic of climate change is likely to cause a stir. However, we had no idea it would create also hate speech and inappropriate comments such as "Kill yourself you stupid grandma". The recent Finnish Parliamentary Elections were referred to as climate elections, and climate change was clearly one election theme that divided opinions. The polarization of the conversation was evident in our campaign as well”, says Mika Hyötyläinen, Vice President of Marketing for Marketing & Services business unit at Neste.
"Our society is changing and companies alongside with it are changing too. An increasing amount of companies are creating solutions and viable business around the challenge of combating climate change, while supporting economic growth and well-being for the whole society. Climate change is the biggest challenge of our times, and therefore it must be talked about, despite the negative comments. Climate change is not waiting for anyone, therefore we need to enable both small and big emissions reducing solutions as soon as they are made available. It would be wonderful if the future government could achieve as many results as possible", Hyötyläinen says.
Algorithms censor discussion around climate change
During the campaign Neste faced other unexpected challenges.
"After launching the campaign we began to feel that our message was not reaching a wider audience. We received plenty of comments, but organically the video did not take off as well as our previous ones. After closer investigation, we found out that the algorithms in social media channels censor conversations about climate change. In other words, their visibility is limited due to the sensitive nature of the topic as well as its ability to arouse passions and polarized views. If the world's most sustainable energy company cannot have a conversation like this due to these limitations, then who can?", Hyötyläinen asks.
"In order to keep the conversation going, we launched a censored version of our campaign video (in Finnish). We will follow up on how well it takes off in social media", Hyötyläinen continues.
In its campaign #Totuudenhetki (moment of truth) Neste invites Finns to challenge the new government to set ambitious climate targets. An open letter and video can be found at www.totuudenhetki.fi (in Finnish).
Read more:
Neste in brief
Neste (NESTE, Nasdaq Helsinki) creates sustainable solutions for transport, business, and consumer needs. Our wide range of renewable products enable our customers to reduce climate emissions. We are the world's largest producer of renewable diesel refined from waste and residues, introducing renewable solutions also to the aviation and plastics industries. We are also a technologically advanced refiner of high-quality oil products. We want to be a reliable partner with widely valued expertise, research, and sustainable operations. In 2018, Neste's revenue stood at EUR 14.9 billion. In 2019, Neste placed 3rd on the Global 100 list of the most sustainable companies in the world. Read more: neste.com
Contact: Kaisa Lipponen, Neste | kontakt@neste.com | www.neste.de
Umwelt | Klima, 17.04.2019 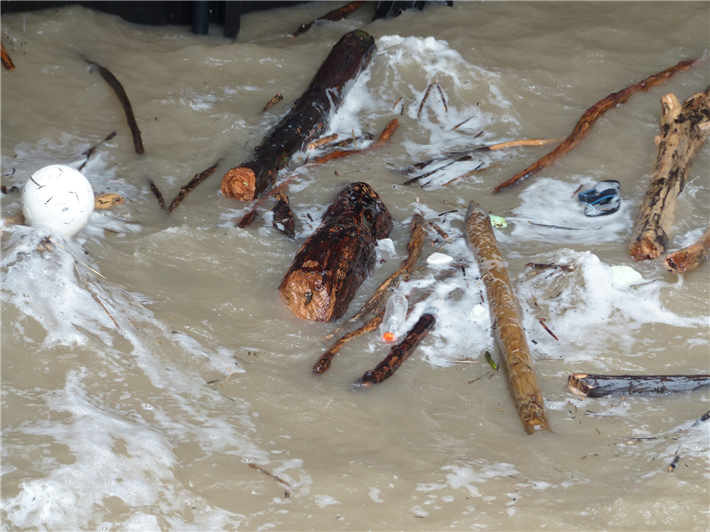